Home / Post / A Tale of Two Cities: How a New Transit Connection Can Establish a Dual Downtown Core in the Bay Area

A Tale of Two Cities: How a New Transit Connection Can Establish a Dual Downtown Core in the Bay Area 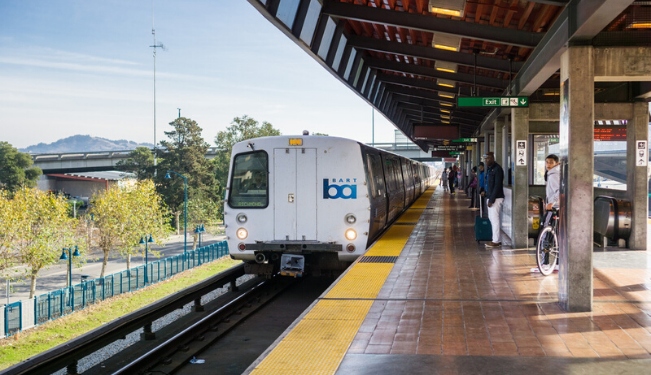 Though Oakland and San Francisco are among California’s very first cities, they have experienced very different rates of growth. Oakland became less and less regionally significant as commercial development began to concentrate in San Francisco. This has deprived the bay region of a functional dual-core, which has only exacerbated the area’s jobs/housing imbalance.

However, this dynamic is starting to change as Oakland’s economy is becoming more diverse, with more businesses and residents looking at it as a compelling place to live and work. To fulfill its potential as part of the dual-core, strengthened transit links will be required.

Transit will Open up New Opportunities for Oakland

The key to standing equal to San Francisco is to plan more commercial development (including active ground floor retail/restaurants/galleries) supported by new transit. New residential development is already coming to downtown to be followed by plenty more.

This is why JRDV has participated with the San Francisco Bay Area Planning and Urban Research Association (SPUR) to propose new ideas for strengthening transit connections between Oakland and San Francisco.

In the past few months, I presented and discussed this plan on two separate SPUR panels. The most recent took place on November 12th, in which I outlined the context for this effort and talked about how it addresses the unique needs of the region.

The full November presentation can be seen here:

On the second SPUR panel, which was hosted on July 10th, I gave a presentation that goes into the details about two possible approaches to a new Oakland-San Francisco BART and CalTrain connection.

The full July presentation can be seen here:

Envisioning a Prosperous Future for Oakland and the Bay

Oakland has all the makings of a globally competitive market. However, the lack of proportional transit accommodations is holding it back, along with the region as a whole.

Our work with SPUR aims to provide a transit and commercial development plan that accommodates 50 years of growth in Oakland and the wider bay. As part of northern California’s most densely populated region that immediately adjoins the Silicon Valley, it is imperative for us to establish a transportation framework that can support the region’s prosperity in the coming decades.

If you’d like to learn more about how JRDV envisions cities of the future, we invite you to reach out to our team.