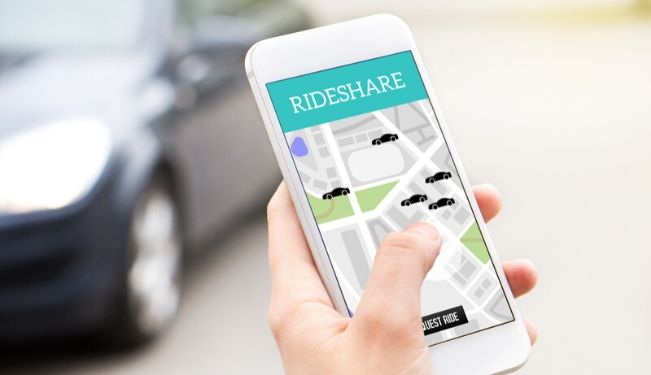 The way we move around our cities is changing. Instead of driving ourselves, many of us have begun to opt for a more modern and convenient option: ridesharing.

Whether it be hailing rides from services like Uber, or sharing commutes with colleagues in corporate carpooling programs, we’ve started favoring shared transport over our personal vehicles. So much so, that many of us are foregoing car ownership altogether.

For architects, this presents a significant question: in order to accommodate this new mode of travel, how must we adapt the design of our cities and buildings?

With such a dramatic shift in transport methods, one can only expect that an equally powerful change will need to be made in the way we design our transportation infrastructure.

How Urban Design is Evolving in the Era of Ridesharing 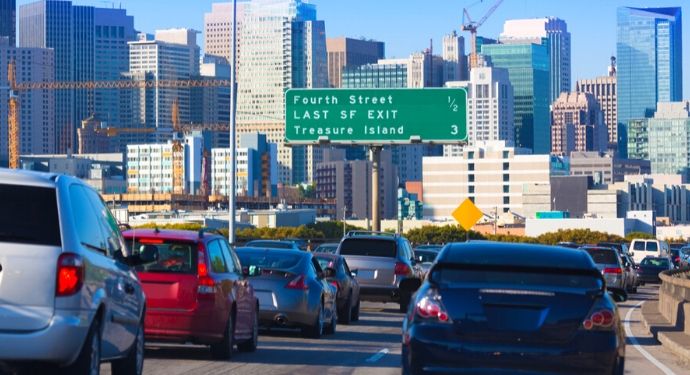 The rate of change in the 21st century is exponential. If we want our cities to be functional even just a decade or two from now, we’ll need design that anticipates rapidly transforming commuting habits and technologies.

While the findings are mixed thus far when it comes to whether or not ridesharing really does reduce traffic congestion, that goal is part of why ridesharing is becoming more widely embraced by municipalities.

Current forecasts predict that this may change the very structure of our roads, highways, and streetsides. We may see roads and highways with fewer and narrower lanes. Our cities could get denser, and more space may open up for re-development.

One factor intensifying the degree of these changes is the fact that many future rideshares are likely to be automated electric vehicles. This shift could happen quickly: Ford predicts they will have automated vehicles ready as soon as 2021.

Some projects are already underway that designate roads specifically for automated vehicles. Experts currently estimate that such roads will be able to have smaller lane sizes since automated programming allows for safer and more accurate driving.

A natural result of increasing rideshares is an increase in the number of drop-offs occurring at the streetside. This growing presence of pedestrians will require for street-level design to be safer and more functional.

Roadsides will need to enhance the walkability of urban zones and offer more amenities to travelers who are walking to and from their drop-off and pick-up points.

City authorities are taking the first steps toward accommodating ridesharing by creating new codes for rideshares and autonomous vehicles.

In April of 2018, Chandler, Arizona became the first city in America to make changes to its parking and loading ordinances in order to account for rideshares. These regulations impose standards on the accessibility and placement of rideshare loading zones and permit for proportional reductions in the required parking space. Other cities have since been following suit with their own code changes.

New Needs and Approaches in Building and Site Design 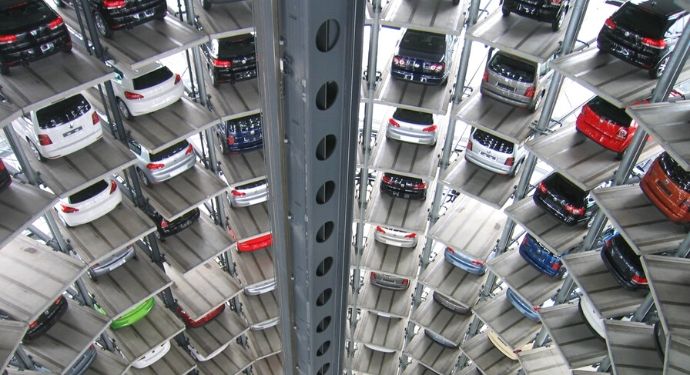 As surrounding roadways metamorphose, so too must urban buildings and development sites. Much of this adaptation is occurring in the domain of on-site parking.

With more people arriving at their destinations via rideshares, there’s a steep decline coming in the need for parking spaces. This is a welcome change for developers, as constructing parking garages typically requires the expenditure of millions of dollars, with individual spaces starting at $20,000-$30,000 each.

As more rideshares become automated, parking demand will be especially reduced. These cars will be able to transport themselves to pick-up and drop-off points and remain in mostly continuous use. When they are not active, automated vehicles will be able to park in much tighter parking spaces (again, thanks to their superior accuracy in maneuvering).

Parking lots are consequently being replaced by drop-off zones in some city master plans and urban building sites. Some developments are already starting to include such bays in addition to their existing parking accommodations, and they are learning what to refine based on trial and error.

The Suntrust Stadium in Atlanta rolled out a rideshare bay in 2017. Its purpose was to easily serve event attendees arriving and departing by rideshare. But on the first day of its use, the new loading zone was overwhelmed by the demand.

Even as recently as May 2019, there are still reports of attendees waiting over an hour for their rideshare to arrive, or being unable to find it. Some people are wandering into the street, or are even assaulted while they wait.

The planners had underestimated the number of passengers that would need to be served and did not work out proper security measures or amenities for waiting passengers. Other developers implementing rideshare loading zones into their projects would be wise to note and avoid such oversights.

The advancement of rideshare technologies doesn’t stop at automated vehicles. Rideshare companies and certain big cities are presently preparing for even further innovation in the industry. Uber is working on providing its customers with flying rideshares (“Uber Air”), with availability projected as soon as 2023.

Loading bays specifically for flying rideshares will thus also become a presence in the urban landscape. Uber is currently collaborating with architects and engineers to build “skyports” throughout select capitals, including Los Angeles and Melbourne. Many of these projects are retrofitting old parking facilities or adding skyports on top of existing commercial buildings.

With more parking structures becoming obsolete, developers are seeking ways to maximize their investments in projects where parking facilities are still necessary.

Some are finding that building adaptable parking garages is the most economical solution. This means designing parking facilities that can easily be converted into other types of spaces after they become redundant.

Such can be accomplished with pre-emptive material and layout choices. Using de-mountable slabs for every other floor, removable ramps, or even elevators to transport cars between levels, are just some of the creative ways designers are constructing easily-modifiable parking garages.

By building for flexibility now, developers can ensure that the eventual obsolescence of the parking structures in their projects will not have to be written down as a loss. Rather, it will present new opportunities for returns, as the old parking is converted into new spaces that can be commercialized. Some current projects envision future office space expansion, while others are planning for conversion into retail units.

Forward-Thinking Design is a Must for Today’s Developments

Whether it’s a large-scale urban planning project or a smaller commercial site, no architectural development can be viable in the long-term without being responsive to the evolving needs of cities and their inhabitants.

Our team has worked with clients all over the world to create spaces that are not only designed with current user demands and behaviors in mind, but also prepared for the dynamic shifts that are still to come. If you’re looking for experts who can help you ensure your project is ready for the future, we welcome you to reach out.

A Tale of Two Cities: How a New Transit Connection Can Establish a Dual Downtown Core in the Bay Area

A Tale of Two Cities: How a New Transit Connection Can Establish a Dual Downtown Core in the Bay Area
Though Oakland and San Francisco are among California’s very first cities, they have experienced very different rates of growth.
We use cookies on our website to give you the most relevant experience by remembering your preferences and repeat visits. By clicking “Accept”, you consent to the use of all the cookies.
Cookie SettingsAccept
Manage consent